This October, RGM’s new musical STARSTRUCK will be staged by NIDA’s graduating class!

RGM is excited to announce the collaboration between Garry McQuinn and his alma mater NIDA to produce the musical STARSTRUCK. Following a workshop with students and top industry creatives at NIDA in 2018, the piece was further developed by Mitchell Butel and Hillary Bell and will be realised as a fully-staged performance as part of the NIDA October 2019 Season of Student Productions under the direction of Kim Hardwick. 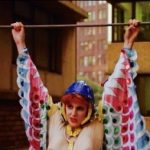