The French style icon is to open his first stage production, ‘Fashion Freak Show’ Revue at L es Folies Bergère on 2nd of October.   Described as falling “somewhere between a revue and a fashion show,” the show will be based on Gaultier’s life story and will capture key life moments like the first time he laid eyes on a corset (in his grandmother’s wardrobe); being hired as Pierre Cardin’s studio assistant at 18; his first fashion show, and the unveiling of his first man skirt in his spring 1984 Boy Toy collection.

Also this month Velvet will be a regular fixture on the brand new Norwegian Jewel cruise liner sailing out of Sydney, Australia. 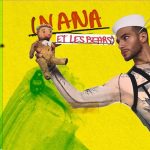